The Rape of Wounded Knee

As a historical landscape photographer, I often find myself experiencing many different emotions and feelings while standing at the sites and on the same ground that various fascinating events in our history took place. Whether standing on the crest of Little Round Top at Gettysburg, exploring the Gold Rush towns of the Black Hills, or gazing upon the small Wisconsin lake that inspired John Muir to become the “Father of our National Parks,” these sites help me feel more a part of the American Experience so many of us have lived for. While these emotions flow freely, the one that more often than not takes hold is pride.

But something happened this past June that I wasn’t prepared for. While standing at a site, a site I knew was not one of happy occurrences, that sense of pride was nonexistent. Rather, there were sharp feelings of shock, anger, shame, and embarrassment.

While traveling through the Black Hills of South Dakota, I took an unplanned trip to the site of the Battle of Wounded Knee. As we know today, this was not a “Battle” at all, but rather more widely and appropriately referred to as the “Massacre at Wounded Knee.” While the specifics of that horrendous December, 1890 day have been debated for over 120 years, the bare facts remain the same: hundreds of mostly unarmed Miniconjou Sioux indians were rounded into a circle and mowed down by the US 7th Calvary, heavily armed with countless rifles and Hotchkiss rapid fire machine guns. Of the 350 indians murdered that day, (some reports say closer to 450) all but 120 were women and children. The Calvary even chased down those that had escaped, up to 2 miles away, and finished them on the spot.

After the “Battle,” and as some of the bodies lay where they fell for up to two weeks, the US military hired civilians to bury the dead. A trench was dug in the frozen ground at the base of the hills that the Hotchkiss guns fired from, and 150 indians were thrown into a mass grave, leaving at least 200 unaccounted for. Those bodies were most likely scattered throughout the frozen, blizzard covered land, so remote still today, the bones of which may still be lying there.

This incident, forever immortalized in Dee Brown’s “Bury My Heart at Wounded Knee” is now referred to as the end of the almost 300 year-long struggle between the expanding US and the Natives who were already here. What happened at Wounded Knee was so brutal, so appalling, that both sides simply stopped fighting.

This was only the beginning of a stream of circumstances that have continued to inflict injury and suffering upon this, what should be, sacred land.

In 1973, the community of Wounded Knee was seized by an urban indian militant group known as the American Indian Movement. For 71 days, Wounded Knee was held captive as AIM said they were protesting the re-election of corrupt Tribal Chairman Richard Wilson. The standoff led to several shootouts with the FBI, leading to numerous deaths, some of them still unsolved to this very day. In the years following the standoff, violence and murder continued on the Pine Ridge Reservation, where Wounded Knee is located. Most of these murders, many of them still unsolved, were the actions of corrupt tribal politicians fighting amongst themselves.

The Pine Ridge Indian Reservation, located in SW South Dakota, is among the poorest regions of our nation. It has been compared with Third World countries, and the comparisons are valid.

When I visited the actual Massacre site at Wounded Knee, I was at first confused. Confused at how a site of such importance could be left in such disregard. The grass is uncut, (or at least not cut nearly enough,) and weeds grow indiscriminately. While my wife and I walked the grounds, we continually kicked candy bar wrappers, empty water bottles, blowing shopping bags, etc that are strewn about. Children are climbing on the chain link fence which “protects” the mass grave still there. Panhandlers mercilessly solicit their homemade jewelry until you finally relent. Some of the Natives there were polite and helpful. Some were downright scary and a bit threatening. It is not an enjoyable place to visit - nor should it be - it is a site of great sorrow, but it was frankly unbearable due to the lack of respect shown to those who came to pay theirs.

My confusion turned to anger when driving through the Pine Ridge Reservation. Homes are more like huts. Garbage is blowing everywhere. Dogs run loose on the highway, suffocating in the heat. The lack of pride demonstrated by this way of life was simply outrageous, even insulting.

I have heard the “This is what we did to them” arguments; the referral of Pine Ridge as the "1st concentration camp in America;” that we have destroyed their economical way of life, and these conditions are a result of broken treaties and stolen land over a hundred years ago. It is these very arguments and this defeated state of mind which sustains this level of helplessness.

The Pine Ridge Tribal Council is the bulk of the problems today and has been for many, many years. It is infiltrated with corruption, lies, cronyism, and a disturbing lack of educated members.

Unemployment on the reservation is upwards of 89%.

There are no banks, hardly any commercial businesses, and adequate housing for the close to 40,000 residents is at pathetic levels. The complete instability and incompetence of the Council prevents any possible employers from moving in. There are millions of dollars every year, granted to the Tribe through the US Dept of Interior for economic growth and housing which “vanish.” There are claims by some Sioux leaders that close to 1 billion dollars…1 billion!…has been given to the tribe over the last 10 years alone. That is American tax payer funded money. Where is that money going? No one on the Council can say.

That is why it angers me, and as an American tax payer, it insults me.

The Massacre at Wounded Knee occurred over 120 years ago. It is unfortunate. Many atrocities occurred throughout America’s expansion, both executed by, and against, Americans. But those wrongs cannot be remedied anymore. The past is over.

One drive through the Pine Ridge Reservation, and one visit to Wounded Knee will illustrate the sad depression of pride and rampant corruption that runs amuck abound a once proud people.

It will take a complete systematic change of attitude to fix these problems, though not enough tribal leaders and residents have offered up the effort to show they even care.

It is true the Massacre at Wounded Knee is still occurring. Except this time, amid the barrage of blame and finger-pointing, it’s self-inflicted.

Maybe a billion more will help… 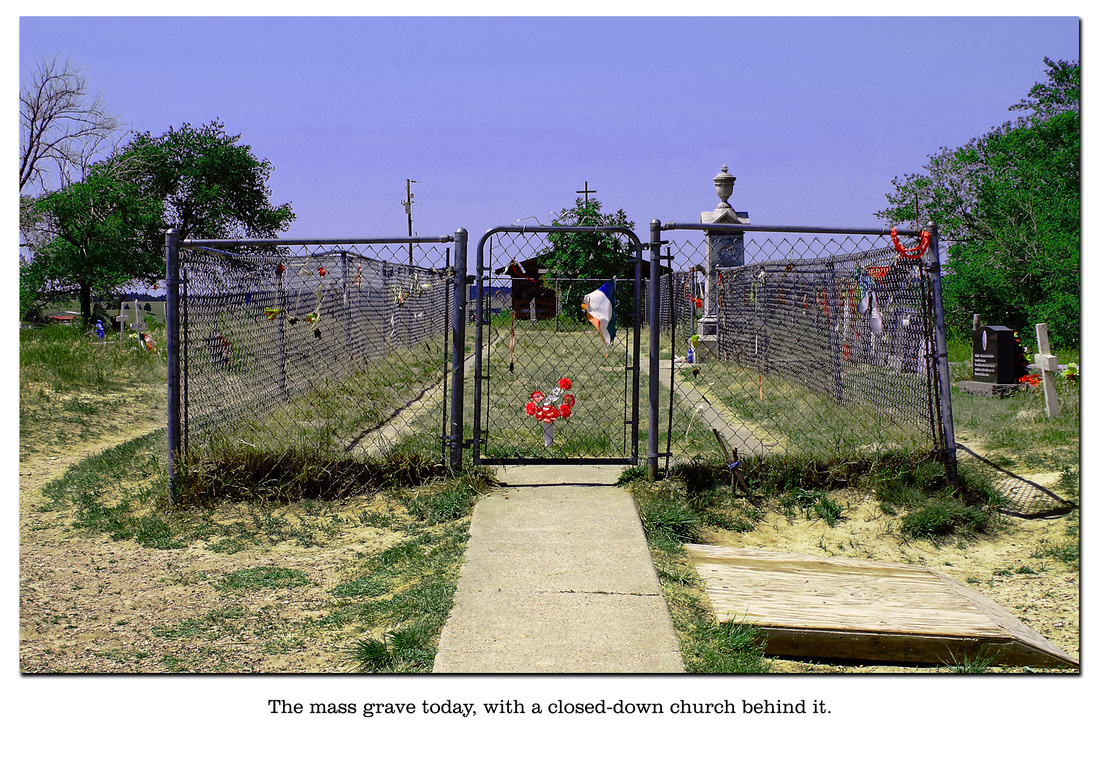