This Is The Shot!

This Is The Shot!

Random reflections of my favorite photographs throughout my career. Why I shot them, why I love them, why I think they work, and the stories behind them. Here are the images that, when I looked through my viewfinder, gave me that “This Is The Shot!” moment… 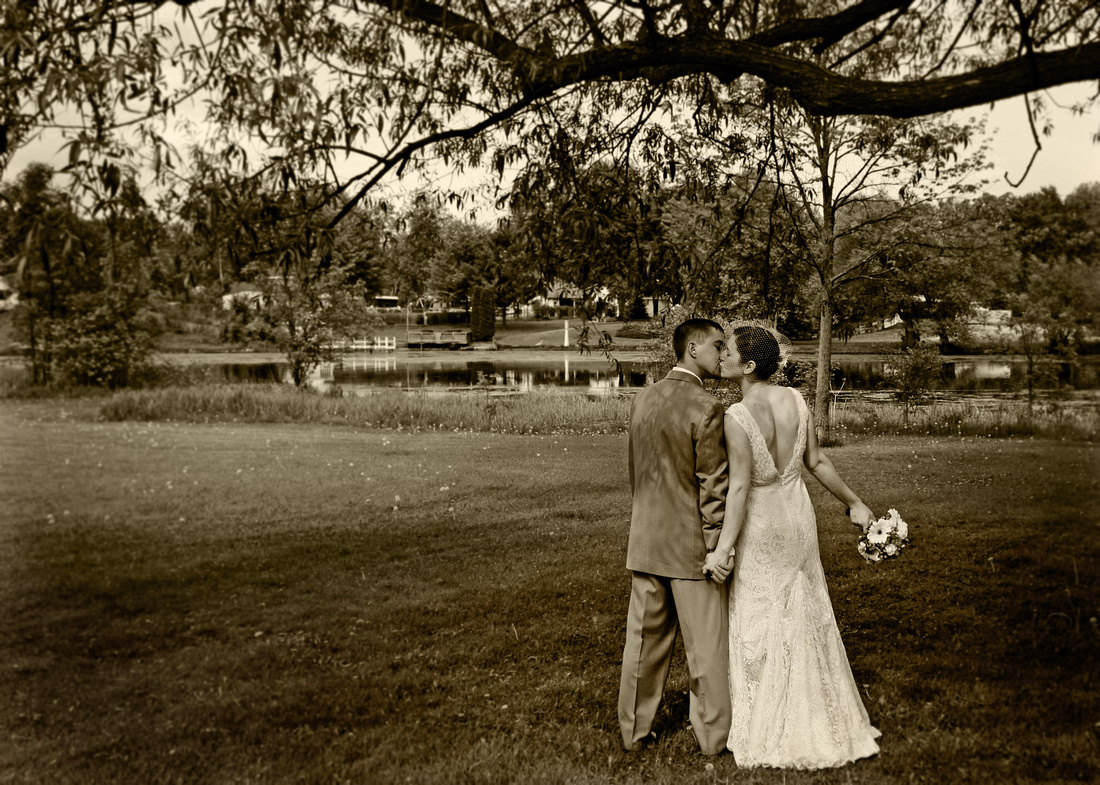 There's an old adage in photography the eludes to the fact that often times the best shot comes when you least expect it.  This shot actually came AFTER the photo shoot was completed, or at least, I thought it had.

This was photographed at a wedding in Shawano, WI.

The bride and groom had previously chosen Heritage Park in Shawano as the location they'd like me to shoot outdoor portraits of themselves and the wedding party.  It is a beautiful park with a number of restored historic buildings dotting it's landscape, making for very charming and alluring wedding portraits.  Time was scarce, as it usually is when photographing after the ceremony and before the dinner.  Everybody in the party was so wonderful and cooperative it made my job that much easier.

After only approximately 25 minutes of shooting formals of the bride and groom, as well as the entire party, I announced that I thought we had everything we needed and we could all begin the transit to the reception hall.  Moments later, just as the wedding party was about to engulf them in a circle of hugs, the groom pulled his bride towards him one final time before the euphoria of the night to come was about to begin.  I quickly drew my camera back up to my eye and captured one final frame...this one.

Literally 2 seconds later, the newlyweds were consumed by the arms of their friends in the party.

"The best shot comes when you least expect it."

Often times, capturing the most touching moments means the photographer must realize the shoot is really never over.

What do you think? Do you think this is "The Shot?" Why, or why not? Feel free to comment.