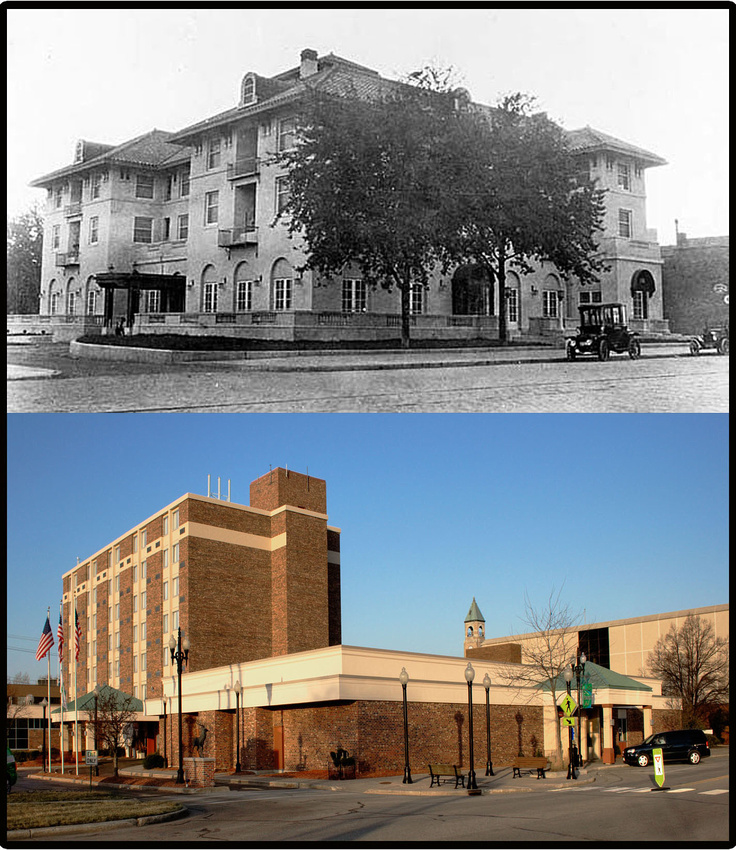 The Valley Inn circa 1920 and the modern hotel that replaced it.

The Valley Inn in Neenah was built in 1916, designed by a native son, George Edwin Bergstrom.

The majority of Edwin Bergstom's career was spent in Los Angeles, where he helped build that city's skyline in its early days. Edwin Bergrstrom's work is still prominently displayed in Los Angeles today in his buildings such as the Pasadena Civic Auditorium (where Michael Jackson immortalized the Moonwalk,) and in the Los Angeles County General Hospital, setting of the fictional but iconic daily soap opera. 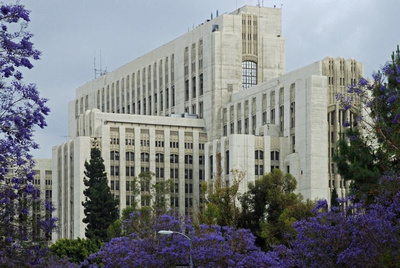 In 1916, Bergstrom returned to his hometown to build his only local structure, the Valley Inn.  The hotel was billed as the "finest building of its kind in the state" upon its Grand Opening on September 11th, 1916. For over half a century it was the hub of social and civic gatherings in Neenah and one of the area's most prominent first class hotels.

Decades later, Bergstrom was chosen to be the architect with the daunting task of consolidating all of the contractors for the U.S. Department of Defense into one structure, as they were scattered all over the greater D.C metro area at the time. As challenging as such an undertaking must've been, Bergstrom came up with the design for the Pentagon in just five days.

Construction of the Pentagon began on September 11th, 1941, 25 years to the day after the Grand Opening of th 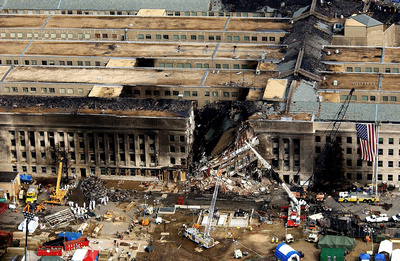 e Valley Inn in his hometown, and, in a striking coincidence, 60 years to the day prior to being attacked by hijacked airplanes on September 11th, 2001.

By the mid-1960's, the Valley Inn had been surpassed by more modern hotels in the Fox Valley area and it was time for redevelopment. Wrecking balls came in 1967, and a new, more sufficiently modern hotel was built in its place.