Tucked away among the undulating hills and abundant serenity of southwest WI, lies a plot of land which rests the remains of those who built a fascinating, though largely forgotten, Wisconsin community. A community, though no longer in existence, that still lends a legacy which epitomizes what is known as the American Dream.

Five miles west of Lancaster, in Grant County, a tranquil cemetery is all that remains of a place once known as Pleasant Ridge. A place unlike any other in Wisconsin, as it was settled and built by freed and escaped slaves from the Pre-Civil War South.

After being set free by his dying master, a man named Charles Shepard traveled with his family to the fertile lands of Wisconsin in 1848. After working in the Lancaster area for several years, Charles, along with his brother Isaac, had saved enough money to purchase 200 acres of their own. They called their land “Pleasant Ridge.”

Soon after, the national unrest leading up to the Civil War escalated and more former slaves from Missouri, Arkansas, Virginia, and Tennessee moved into the Pleasant Ridge community. Included in them was the Thomas Green family, who, after 2 failed attempts at escaping to freedom, was able to board a train in St Charles, MO and arrived in Pleasant Ridge 3 days later.

The Shepards and Greens were soon joined on Pleasant Ridge by the Grimes, the Craigs, the Lewis’, and other African-American families, peaking at about 100 people.

Isaac Shepard became the most prosperous farmer in the area and lived at Pleasant Ridge for the rest of his life. On land donated by him, the community built one of the first integrated schools in the nation, accepting black and white students, and employing black and white teachers. 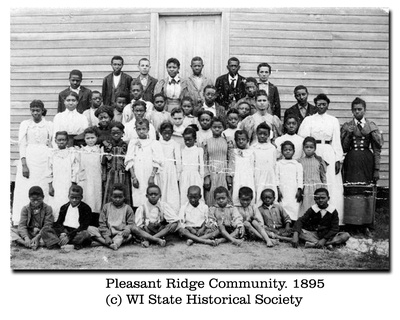 Thomas Green, who lived well into his 90′s, was once asked why he risked his life to come to Pleasant Ridge. As quoted in a 1936 interview in the Platteville Journey, “I saw too many families broken up on the auction block.”

After the signing of the Emancipation Proclamation in 1863, Charles Shepard and his son John walked to Prairie du Chien to enlist in the Union Army to fight for the way of life they found at Pleasant Ridge.

They never saw it again.

Charles gave the ultimate sacrifice at Vicksburg. John, while traveling back to Pleasant Ridge after the war, fell ill with pneumonia and died in Illinois. Both men are listed on the Civil War Memorial in Lancaster.

To them, what they had at Pleasant Ridge was worth the sacrifice. To breathe free air. To live a life of their choosing. To provide for their own families. Splendors and luxuries of which it seems so easy for many of us to take for granted today.

As the century turned and the generations at Pleasant Ridge expanded, the community found it hard to keep their children at home. The younger generations gradually began to search for greater opportunities elsewhere and in bigger cities across the country. Finally, in 1959, the last black resident of Pleasant Ridge, the grand-daughter of Thomas Green, passed away. Today, thousands of Greens, Shepards, Grimes, etc are prospering throughout this country because of the plight of a few so long ago.

On a visit to the cemetery today, you can stand on that very hillside they called Pleasant Ridge. You can gaze upon the vistas of plush, abundant farmland, and visit the resting places of those who made that initial journey from slave to free man.

You can see why they came here.

You can see what they fought for.

And you can thank them for reminding you that the way of life we have here, is, indeed, worth dying for. 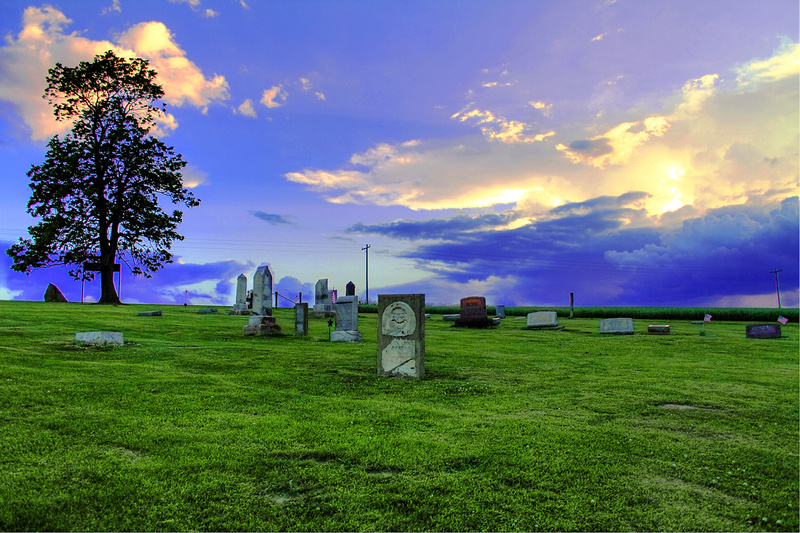